The factory floor of the puzzle factory is filled by a grid of square work-cells 40 cells wide by 64 cells long. To celebrate International Puzzle Day, the Morale Improvement Committee wants to string a set of party lights overhead from one corner of the factory to the other. But before he approves their plan, the VP of Customer Prevention has asked how many work-cells this straight string of lights will cross? After the committee sent a representative down to the factory floor to count the affected cells – the VP revised his request and asked to know the general formula for determining the answer for any size grid. Can you determine the number of cells crossed for this particular factory and the general formula for any size grid? This same committee at the puzzle factory proposed a company holiday to celebrate International Puzzle Day (IPD). But again the VP of Customer Prevention got involved by refusing to approve a holiday on Jan 29th (the actual date of IPD – really!) – but he allowed that the company could take a holiday on another day in January – as long as he approved of the date. One committee member proposed that the holiday should occur on an odd day of the month. One suggested that the date be greater than 13. A third member stated that they could not possibly celebrate it on a date that was a perfect square, while a fourth recommended all dates that are perfect cubes. Finally the committee chair stated that the holiday must be held before the 17th. The VP then emphatically declared that one and only one of those five proposals was acceptable to him – and stormed out of the meeting. So, on what January day was the holiday taken?

Each committee member’s suggested days are indicated with a checkmark. 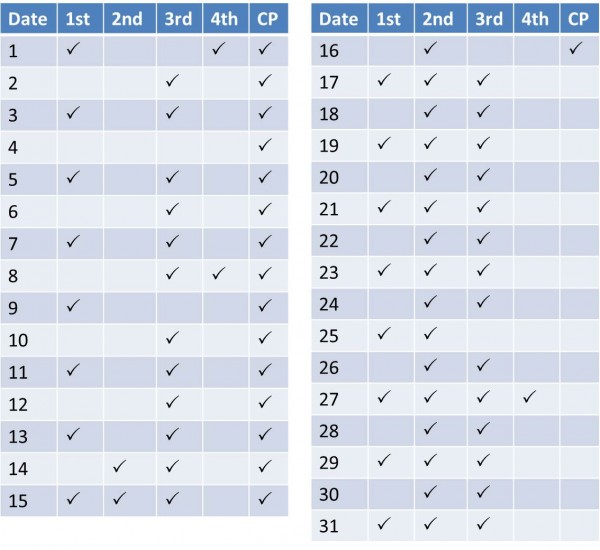 Look for a date with one and only one checkmark.

The holiday must be on January 4th.

The wooden flagpole at the puzzle factory was broken by high winds. The tip touched the ground at a point 20 feet from the base of the pole. It was repaired and then it broke again the following month at a point 5 feet lower on the mast, and this time the finial touched down thirty feet from the base. The broken portion did not actually detach either time. Can you determine the height of the flagpole? 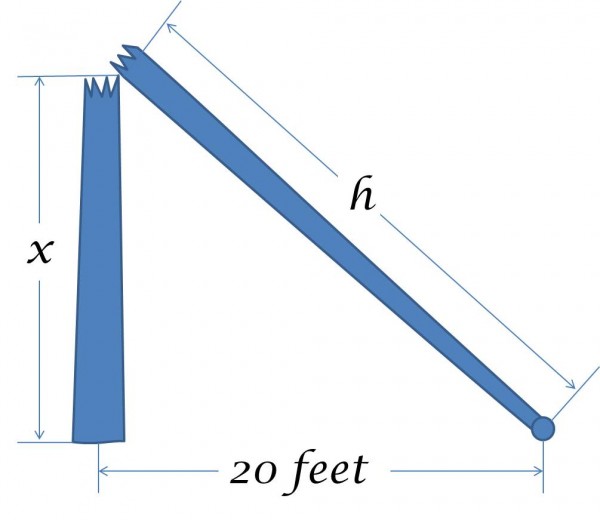 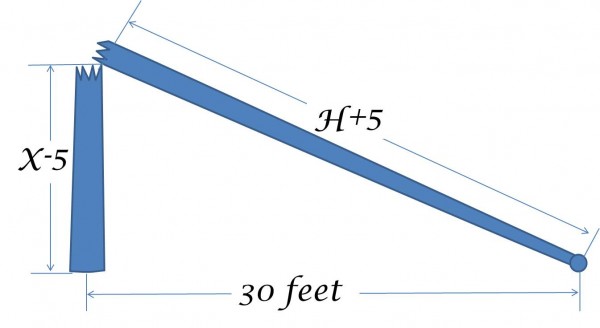