In 1976, there were many firsts – the Concorde flew its first commercial supersonic flight, Nadia Comãneci scored the first ever perfect score in gymnastics, and Steve Jobs and Steve Wozniak formed Apple Computers. That same year, a company called Metrol Co., Ltd. was founded in Tokyo, Japan. Metrol products may not be as familiar as those from Apple, but their precision limit switches, sensors, and machine tool setters have had far-reaching influence for four decades in manufacturing products that people use each and every day.

The company’s name is a hybrid of the words ‘MEasure’ and ‘conTROL’. That combination is a perfect description of what its products offer. Metrol switches are used in automobile, smartphone, and semiconductor manufacturing as well as in robotic, aerospace, and medical equipment. Its tool setters are used by the majority of machining companies in the world. AutomationDirect sells a variety of Metrol precision limit switches and tool setters. They are cost-effective, ultra-precise, and fit in very tight mounting spaces. They offer incredible precision with repeatability down to 10, 5, 3 and even 0.5 microns, depending on the model. As a comparison, 0.5 microns is one 25th of a thousandth of an inch. To help put that in perspective, a piece of paper is typically 70-180 microns, and a human hair is usually 50-60 microns wide.

As if those specs weren’t impressive enough, Metrol switches perform up to three million cycles, making them the perfect choice for robotic and machine tool applications. “Our ultra-precision switches can work in high accuracy even under harsh manufacturing conditions where coolant and cutting chips splatter,” said Takuji Matsuhashi, president of Metrol. “We sell them to more than 3,000 companies in 72 countries, while more than 70 machine tool builders in 17 countries use our tool setters.”

A year after Metrol was founded, it partnered with Toyota Motor Corporation to develop a signal gauge that had high reliability in harsh automotive production lines where coolant, chips, dust, and vibrations are common. The gauge became the Toyota standard worldwide, and the switch in its core was the origin of the precision limit switch that Metrol sells today.

“We have been dedicated to helping manufacturers solve tough challenges since the beginning,” Matsuhashi said. “Our products help the automobile and machine tool industries and are used by leading semiconductor, robot, medical equipment, and smartphone companies.”

Then, in 1981, Metrol had another turning point. The company received a request from a Japanese machine tool manufacturer to solve the problem of their CNC lathe’s cutting tool positioning. At that time, in order to replace the cutting tool of the lathe, a skilled and experienced engineer needed to position the cutting tool – making this burdensome for the manufacturer. Metrol took on this problem and, soon after, created the tool setter for CNC machines with a built-in precision positioning switch. This was Metrol’s second big milestone which revolutionized productivity in the machine tool industry. Once Japanese machine tool manufacturers started using Metrol’s tool setter, they experienced improved operation rate of their machine tools and Metrol has been greatly recognized for this solution. As of 2018, the Metrol tool setter continues to dominate the top market share in the world for this product. In 2007, Metrol continued its history of meeting customers’ tough manufacturing challenges. That’s when it worked with a major semiconductor manufacturing equipment maker to develop the world’s smallest precision limit switch with 1-micron accuracy. This switch is now used throughout the world in various industries and products, including microscopes needed for neurosurgery, robots, space rockets, and more.

Currently, Metrol’s headquarters and factory are located in Tachikawa City, which is the west side of Tokyo, Japan. The company’s main customers include Toyota Motor, Honda Motor, Nissan Motor,

Yamazaki Mazak, Okuma, Denso and Intel, among many others. “We are proud of our work for customers and having product labels say: ‘Made in Japan’,” said Matsuhashi. “We developed many firsts to solve customers’ needs and look to have more.”

Growing into an Award-Winning Company

As the company celebrated its 40th anniversary, they highlighted the new Metrol motto: “We want even more customers to know about Metrol products.” Using this as their guiding principle, the company constantly communicates the benefits of their products, including traveling to over 200 exhibitions in 38 cities in 14 countries all over the world.

As a tribute to the company’s growth, expertise, and philosophy of empowering employees, Metrol has received numerous awards. Beginning in 2010, the company has been awarded:

2010      The Human Resource Development Award by the Governor of Tokyo.

2012      The SME IT Management Awards of the Ministry of Industry.

Company Success Possible by Encouraging Others

Throughout the company’s history, Metrol has maintained the position that its employees are essential to the overall success of the organization. Matsuhashi explained: “Metrol cherishes the driving force for creative thinking and this is achieved through employee autonomy and communication.” Some of Metrol’s unique company policies include: no purely administrative departments; no walls or executive offices; credit cards for employee use; absolutely no internal mail when a face-to-face discussion is possible; and failure is okay because it adds to learning. 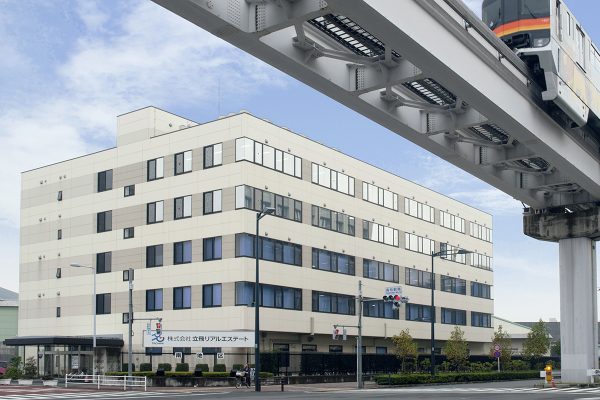 As most companies do, Metrol plans and provides company employee excursions ever since it was founded. However, since most of the Metrol employees are female (approximately 70%), special attention is given to make sure they enjoy something unique and memorable. Recently, the company decided to treat the staff to one of the largest rose gardens in Japan –the Keisei Rose Garden, where everyone was enchanted by rose fragrance and colors. After the garden tour, a sit-down meal was served to the staff that featured full-course French cuisine.

Metrol also maintains a strong presence in their local community and encourages students to further develop their interests. Last year, Tachikawa City schools selected 10 schoolchildren and their parents to visit the Metrol switch factory during their summer holiday, as a way for them to learn about excellent local manufacturing companies. The tour was a complete success and the children were extremely interested in watching the precise movements of the robots and participating in the demonstrations. In a Metrol blog, the company stated: “This tour could be a trigger for one of the children who participated to become an engineer who will shoulder the future of manufacturing, or perhaps even Japan’s own Edison?!” As Metrol continues its efforts of empowering employees – and future inventors and engineers – the company will remain the market leader of producing world class tool setters, switches, and someday new and efficient products to help propel Metrol into the next generation of manufacturing solutions.

Fuji Electric: Looking to the East for Technology...

Discover how Fuji Electric views corporate social responsibility and excels in how it creates...

Learn more about how WEG has been able to create a working environment that treats everyone like...

A key AutomationDirect value is to be a responsible, involved citizen of the communities where...