What is a Fuse?

Fuses are sacrificial devices used to protect much more expensive electrical components from the damaging effects of overcurrent. They consist of a low-resistance metal or wire that is used to close a circuit. When too much current flows through the low resistance element of the fuse, the element melts and breaks the circuit.

Why Use a Fuse?

This keeps the excessive current from continuing down the circuit to more expensive equipment. Fuses can also help make your control systems UL and NEC compliant. However, they are not the only devices that you can use to protect your gear from overcurrent. There are many other ways, like circuit breakers or protective relays, and here are 10 reasons why you might just want to consider fusing instead. 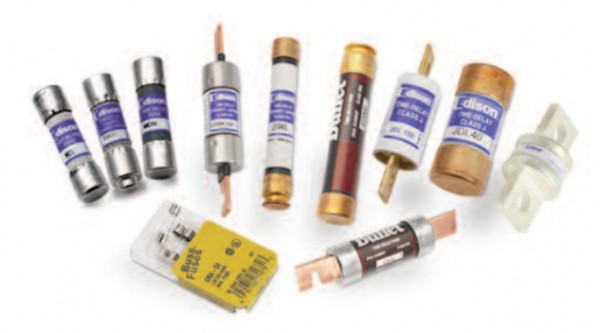 Overcurrent protective devices that have tripped are often reset without first investigating the cause of the fault. Electromechanical devices may not have the reserve capacity to open safely when a second or third fault occurs. When a fuse opens it is replaced with a new fuse, so the protection level is not degraded by previous faults. Our current limiting fuses meet the UL and NEC codes.

Fuses typically are the most cost-effective means of providing overcurrent protection. This is especially true where high fault currents exist or where small components such as Control Transformers or DC power supplies need protection.

Fuses have no moving parts to wear out or become contaminated by dust or oil.

The high current limiting action of a fuse minimizes or eliminates component damage.

Fuses can be easily coordinated to provide selectivity under both overload and short-circuit conditions.

Fuses do not require periodic recalibration as do some electromechanical overcurrent protective devices.

As a fuse ages, the speed of response will not slow down or change. It’s ability to provide protection will not be adversely affected by the passing of time.

Circuit protection is critical to electrical design, but with many options, how do you choose?...

How to Wire a Motor Starter

Learn the basics of how to wire a motor starter with this informative article with step-by-step...

Providing circuit protection for safety can save you and your employees from shocks, burns and...

What is a Relay?

What is a relay? Relays are a fundamental device for switching an electrical circuit on or off,...