In this issue of Automation Notebook, we introduce you to Dan Gulley of DG Controls in York, Alabama. With over 30 years of designing and troubleshooting industrial machine controls and system integration, they are experts when it comes to custom control panels and retrofitting equipment. 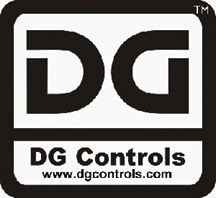 How did you get started in your Controls/Engineering career?

My voyage into the field of controls engineering began 40 years ago, in the 12th grade. I had satisfied all but two of my college preparatory course requirements and desired to take a shop class and an extra gym class instead of an afternoon filled with study halls. In spite of being discouraged from that choice by my Guidance Counselor, I insisted on taking Electricity Shop. I did so well in the class, the teacher asked had I ever considered Electrical Engineering. I began researching the field of Engineering and didn’t look back. I started the next year at Cleveland State University in the Fenn College of Engineering. I worked in the Cooperative Education Program with Lincoln Electric in Cleveland, Ohio. My future in controls engineering was set.

How long have you been doing Systems Integration work?

The most important part of system integration is listening to machine operators, maintenance workers, supervisors and other engineering disciplines; in other words, your customers. I got a good look at the importance of that early on (probably 37 or so years ago) when I was that co-op student working at Lincoln Electric. I worked with a seasoned electrician building an electrical panel for a machine to be installed on the assembly line. He pointed to a flaw in the design that would prevent the machine from operating properly. When he tried to explain it to the electrical engineer, the engineer wouldn’t listen. He only replied, “Build it like the print.” The electrician looked at me and said, “Yes sir.” We built it like the print, and as predicted, it didn’t work. That electrician said to me, “Let this be a lesson to you, son. When you become an engineer, and your electricians tell you something, listen to them, because they know what they’re talking about.” That is probably the best lesson I’ve ever learned.

What has been the most interesting application where you have used
AutomationDirect products?

I completed a PLC conversion for CW Ohio in Conneaut, Ohio. They have three old resin extrusion machines which mix resins to make bases for overhang columns for use in housing and other structures. All three machines were controlled with old Allen-Bradley PLC-2 PLCs which had become unreliable. None of their employees knew how to repair them. I converted the machines using AutomationDirect PLCs and C-more Micro-graphic HMI panels. Now they enjoy greater reliability and better control over their process, along with quicker response to breakdowns because of the fault detection and reporting I built into the system.

What made that project unique/ challenging?

Because no one knew the whole story as to how these machines worked, I had to rely on the operators’ descriptions as well as decipher the Allen-Bradley program in order to complete the programming of the new PLC.

Another challenge was the conversion when the machines were only down Friday afternoon but still operational the rest of the week on the old system.

What is a favorite aspect of integration to you?

Seeing the satisfaction of the customer when the project is complete and the system is running better than they expected. To solve a problem with a new system or integrate a solution into an existing system that solves the customer’s problem, that’s satisfaction personified.

What was the most difficult programming (or engineering) project you ever tackled using PLCs from AutomationDirect?

I had spent my career working with Modicon, Allen-Bradley and Siemens PLCs but had never been exposed to AutomationDirect.

In 2006, after starting my own business, my first customer was a pultrusion machine builder in Twinsburg, Ohio. I built machines, electrically, for them from existing designs, but had to make changes to the wiring, PLC and HMI programs in order to add options to each custom machine. The challenge was to make these changes to an AutomationDirect controller, which was foreign to me. After building and programming eight machines over the course of a year, I became proficient with them.

How did you overcome the obstacles?

Without a doubt, AutomationDirect tech support. They were invaluable to me. I had them on speed dial. I couldn’t have done it without them.

Tell about a ‘breakthrough’ moment for you in your approach to control system applications.

One of my customers had a situation in one of their machines in which the heater output would lock “on”, causing the temperature to run out of control if it overshot the setpoint temperature. After discussing and testing the program with AutomationDirect’s tech support, we determined the PID block had to be reprogrammed to 12-bit operation. Once that was determined and the changes were made, the system worked flawlessly.

To learn more about DG Controls, visit www.dgcontrols.com.
You can also contact them at 216-650-4186, or email dan@dgcontrol.com.