In the 1960s, NASA conducted a research program to develop a small lightweight water purifier. The purifier was for use in the Apollo spacecraft, so low power usage and minimal maintenance were a must. The 9-ounce purifier, slightly larger than a cigarette pack and completely chlorine-free, was designed to dispense silver ions into the spacecraft’s water supply to kill bacteria. NASA’s ingenious device for controlling microbial contamination caught on quickly, opening the doors for safer methods of controlling water pollutants on Earth. Numerous independent lab tests from NASA, health departments and universities along with many years of field testing have confirmed the exceptional sanitizing ability of copper/silver ionization. Studies showed that using a combination of copper and silver was effective against many water borne contaminants, even those resistant to high levels of chlorine.

One of the most promising application areas for this technology is large industrial cooling towers, 15 million of which are installed in the U.S. alone. These towers, some containing several hundred thousand gallons of water, have historically used chemicals to kill algae and to prevent and remove lime and scale deposits.

Chemical treatment of cooling tower water requires huge blow-downs of treated water to continually renew the water in use. Some of this chemically contaminated water must be dumped into drains, thereby causing severe damage to anaerobic digesters in sewer systems.

To resolve these cooling tower issues, Environmentally Engineered Equipment developed the ChemFreePro Ion Generator. Starting with a simple prototype, the product has evolved into a highly successful and reliable solution, with testing of the technology already completed in the U.S. and other countries.

The copper alloy ions also strip the bonding properties of the existing scale that adheres to tower pipes and components, reducing the scale to fine particles that can be removed by an automated filtering system. Bacterial counts are also reduced along with a subsequent minimization of the buildup of biofilm on heat exchanger surfaces. 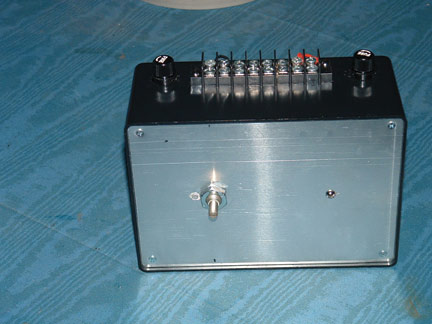 The ION Generator uses an AutomationDirect DirectLOGIC D0-06AR PLC, F0-04AD-1 analog input modules and RS4N-DE electromechanical card relays. Current is measured by an ACT005-42L-F current transformer, and the generator also employs an H0-ECOM100 Ethernet Module. For the entire generator control and monitoring system, only the pH and conductivity sensors are sourced from other vendors.

These sensors are connected to the PLC analog inputs to allow continual monitoring of water copper content, conductivity and pH levels. Based on these readings, the PLC makes adjustments to the relay outputs to control current to the generator plates. Because the control system is Internet enabled, it can be monitored, programmed and controlled remotely. For locations without Internet connectivity, an MDM-TEL industrial serial modem is used.

As the need to treat drinking water is influenced and increased by bacterial pollution, this technology could migrate from cooling towers to treatment of fresh water for human use, just as NASA first envisioned.

In all our experiences with supply companies, AutomationDirect has always been helpful and prompt with technical assistance, or whatever might be needed at the time. Much of our success in this project must be attributed to that impressive service and dedication.

HMI Best Practices for an Effective HMI Every Time

There are many ways to develop HMI screens for machine automation, but to be effective requires...

Check out this application story and find out how AutomationDirect products helped in creating a...

Read about AutomationDirect’s offering of industrial relays, expanded to include additional...

The 2007 Urban Challenge, held by DARPA, is the third in a series of races for unmanned...