Announced in October 2007, Freescale’s first FTF Design Challenge encouraged embedded systems designers worldwide to “go green”. A team of engineers from FACTS Engineering, including Tom Moulton and Eric Wilhelmson, took up the challenge with their design for a SunLight Efficiency Detector or SLED. FACTS is a federation partner of AutomationDirect, and the supplier of numerous AutomationDirect PLC modules and other automation components. Freescale Semiconductor designs and manufactures embedded semiconductors for the automotive, consumer, industrial, networking and wireless markets. 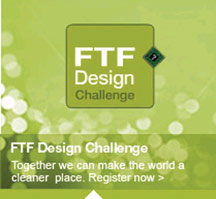 In February, Freescale announced the ten finalists and the SLED made the cut. Finalists were selected from a field of 65 participants. These embedded systems developers and engineering students represent Argentina, Brazil, Canada, Colombia, Mexico, and United States. Each submission was judged on creativity, design efficiency, technical complexity, number of Freescale devices used, and overall application innovation to improve the environment.

Each of the ten finalists received a $1,000 (USD) award, a professional CodeWarrior® development platform and a video camera to capture their design building experience. Freescale has invited these finalists to develop prototypes of their designs to be submitted to an expert panel for final judging at FTF Americas, June 16-19.

The SLED is a microprocessor-based circuit (embedded system) used to monitor the performance of an individual photovoltaic (PV) module in a solar array (Figure 1). The prototypes that FACTS has built contain just a few chips, the heart of which is the Freescale Flexis QE128 microprocessor, with onboard Flash memory, RAM, and Analog to Digital conversion capability. This system-on-a-chip is perfectly suited to the sunlight efficiency monitoring task and only requires minimal support electronics for power and communications. The isolation circuit (power supply) actually draws what little power is needed by the SLED circuitry from the solar panel itself. The FACTS design patent covers various communications techniques for the SLED. These include wireless networking and a
signal-over-power scheme that can communicate across the DC power wiring of the PV panels themselves, requiring no additional network wiring. The prototype SLEDs use a simple RS485 multi-drop connection to feed the information downhill (that’s ‘downstream’ -editor). 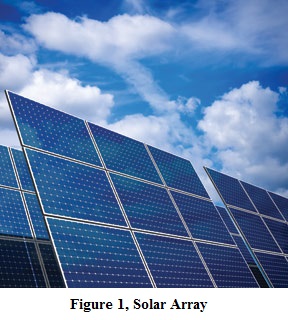 The SLED will verify the operation of solar PV modules by comparing an instantaneous reading to an onboard database of historical information about each specific PV module. A network of SLEDs, one on each PV module, will allow for continuous performance monitoring of an entire solar array.

When a SLED is installed on a PV module, the system will be programmed with information including the module location and data about the specific PV model, such as manufacturer, part number, lot number and power specifications from the product’s datasheet. The early data collected for each module will be used to form a baseline for that module. Performance data on similar modules in an array can also be compared. Over longer periods of time historical data can be collected, not only locally, but also from other locations and correlated by model number and published as an update to the manufacturer’s specifications. This in turn could also help the manufacturers set realistic expectations and keep quality levels high.

This data will also help protect the user’s investment in PV modules by providing evidence that modules are performing within the manufacturer’s promised specifications during the initial warranty period. Manufacturers also specify limits on output degradation over time; for example, a 5% reduction in the first 10 years and no more than a total of 10% across 20 years. At the present time it would be hard to measure a degradation of 5% in the entire system, much less a specific panel, especially without precise historical data for comparison, or to back up a warranty claim.

SLEDs Can Save Time And Money

While some present day PV systems have devices that monitor the operation of solar array sub-systems at the inverter level, they typically do not monitor the individual panels (the smallest field-replaceable unit in the system). This approach is lacking when it comes to determining which of the roof panels has a problem and it ignores individual panel inefficiencies, such as dirt buildup, poor connections ormodule degradation over time.

Identifying a specific problem module is worth the effort especially when the user wants to have all PV modules operating at maximum efficiency. Finding a failure among the tightly packed rows of modules on a roof can also be a daunting task. The technician with this job may find himself perched on the roof for some time moving and testing modules for the correct operation. The technician may end up causing more harm than good while searching for a problem module, because the system needs to be taken apart during the search. The SLED network can identify a specific problem module in a working system so the technician will be able to go directly to the panel that needs attention.

How Many SLEDs Do You Have On Your Roof? 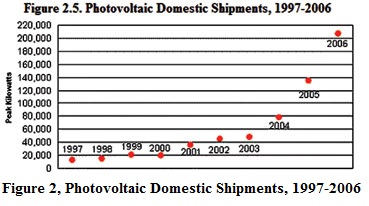 According to the US Department of Energy, the demand for PV modules has grown dramatically since 2003 at rates of 60% to 75% per year (Figure 2).

There were over 200MW of PV Modules delivered in 2006. Assuming 200W per module, that means there were 1 million modules shipped in 2006. If this 50% growth rate continues, by the year 2010 we will be consuming 1GW of PV modules or 5 million modules per year. These numbers could be much higher once all the planned PV foundries come online since the modules will then be in greater supply, possibly causing price reductions. There should also be greater demand for solar energy in the future as prices for other forms of energy continue to rise.

FACTS Engineering is building prototypes and a small exhibit to show off their concept at the contest finals in June. The exhibit will include several working photovoltaic panels with SLEDs which will network to a PLC for monitoring. The PLC will connect to a C-more operator interface for graphical display of the data, illustration of the system functions, and for data logging. Figure 3 shows the prototype setup as it is being assembled. 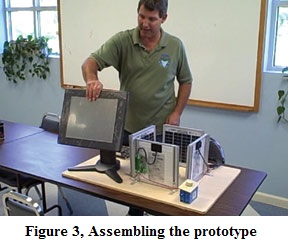 In addition to the Freescale contest, FACTS plans to present a paper at the annual ASME conference in Jacksonville in August, and also at the Solar Power Conference and Expo in San Diego in October. Who knows, maybe one day we’ll all have SLEDs on our rooftops, and not just at Christmas!

Learn more about the benefits of a cost effective yet powerful way to implement remote...

For industrial machinery and systems, designers must apply the right products for physical,...

Embedded HMIs Do More With Less

Embedded HMIs can do many of the same things as industrial PCs, often making them the best...